We’re on hand to provide support and guidance and are contactable online, or over the phone on 1300 839 688.

What is an LED? 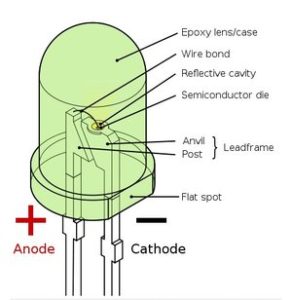 LED stands for Light Emitting Diode, which is exactly what they are. They emit light rather than reflect it when they are in a position of having current passed through them.

LED’s are the brightest technology available today. Diodes are a one way electronic semi-conductor (see diagram) that respond to have current turned on and turned off as happens when displaying moving images

The other technologies such as LCD, CRT, Plasma or Projection, just aren’t suitable for outdoor full sun applications, which makes LED’s the clear winner for a professional application.

The term if quite simply explained as the measurement between the groups of LED’s which make up one pixel.

Sometimes there maybe four LED’s to form one pixel, with the addition of an extra Red LED, this is less common though these days.

Here’s where it starts to get a it more complicated, with virtual pixel pitch through the aid of some clever technology, one pixel is able to be share individual LED’s with its neighbouring pixel, with the effect that it doubles the screens effective pixel resolution.

Typically you will find a Virtual LED screen will have 4 x LED’s per pixel, comprising of 2 x Red, 1 x Green & 1 x Blue LED’s.

There are some trade offs with this technology as with everything. So a P10 Real Pixel Screen will have a much sharper image quality than a P10 Virtual Pixel LED Screen for example.

Now without getting too technical, the refresh rate (most commonly the vertical refresh rate or vertical scan rate is the measure of how many times a second that the LED Screen hardware can draw data.

This is distinct from fame rate, in that the refresh rate includes the repeated drawing of identical frames of data, while frame rate measures how often a video source can feed an entirely new frame of data to the screen.

Confused? Well all you really need to know, is that having a great refresh rate of at least 1850 Hz means a smooth motion on the screen and eliminates flicker on your phone or camera.

Grey Scale is the range of shades of grey without any apparent colour.

The darkest possible shade is black, which is the absence of transmitted light or reflected light. The lightest shade is white.

The reason that this is important is that when you have a screen displaying moving content that doesn’t have good grey scale, you will have blocks of pixels in one shade of grey only and will loose definition compared to the original image.

It looks complicated, so don’t worry about “50 Shade of Grey” at Impact LED Screen all our Vision Screens have a least 642 different shades of grey to ensure you have great image reproduction.

We are the team you need for quality video and LED screens for your business in Brisbane and the Gold Coast. Please contact us for a chat about your screen needs. Hire is available for short-term events or longer-term arrangements. We are here to cater to your needs.

We’re on hand to provide support and guidance and are contactable online, or over the phone on 1300 839 688. 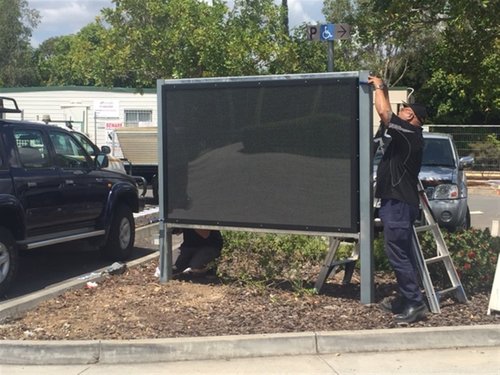